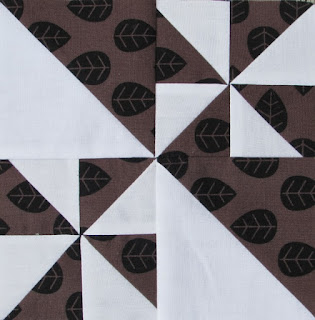 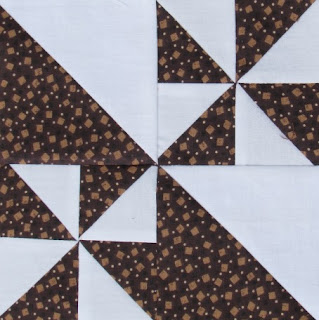 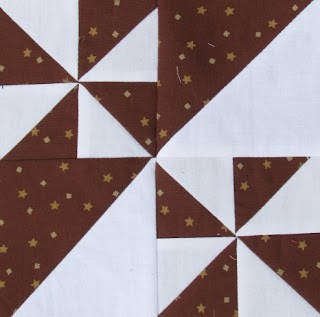 Disclaimer: this post, and its writer, can not be held responsible for any weight gain due to its perusal.

Email ThisBlogThis!Share to TwitterShare to FacebookShare to Pinterest
Labels: RSC2015

Over the Country Road 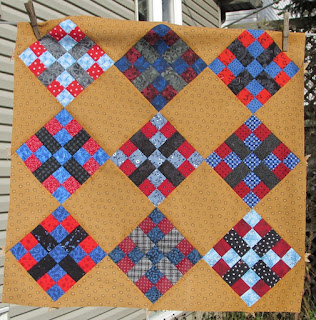 I finished my Country Road top. I went with option #8. (You can see all the options in this post.) I love it. It looks very yesteryears in real life.

Joining Lori at Humble Quilts for a little show and tell. Thanks Lori for this fun sew-along.

A few months ago, when I was stuck in the blues, making a blue quilt and a blue place mat for my friend (Was it really that long?) yes, it was actually back in June!!
So, as I was saying : a few months ago, when I started to have a monochromatic life, I decided to do a little side project. At that time, I showed you only one little picture of the project. 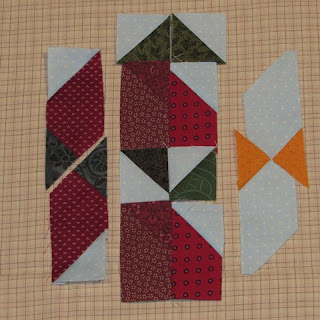 It didn't show much because I didn't want the recipiant to guess what I was doing. And it worked cause NObody guessed ... (Will you tell us what it is NOW?)  ... what it was! 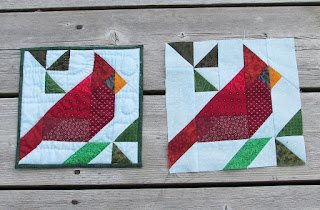 Actually two cardinals. (Oohhhh!) One to give and one to keep. Since Cécile D from Patchwork Inspiration has so generously helped me, I thought of making a little something to show her my appreciation. Merci Cécile ♥.  (Show more pictures.) I don't have more pictures. (Why not?)  Because ... I didn't take more. (What was the idea of not taking plenty of pictures BEFORE shipping it half way across the world?) I am SEEEERRIously starting to thing my left brain needs some wine! (LOL. Yes, please!)

Hers, on the left, is hand quilted. I machine quilted mine since the picture was taken. I FREE MOTION quilted mine!!! (Oh la! EXCUUUUUSE  me!!) 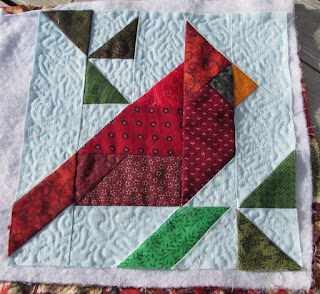 Yea well, it's quite an accomplishment for me because it was my first time !! Yeah!! I really love the way it turned out! Double yeah! (yea, yea, blah blah blah!) 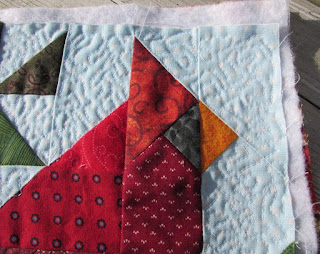 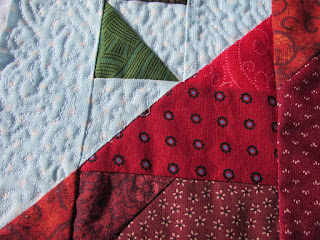 I did go a little too far into the bird on few places but still, I am proud of what I did,until I look on the other side. 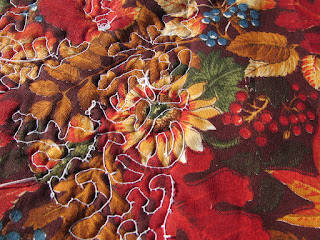 (Bahhaha! What a mess!) Gee, thanks! But seriously, yes it is. What happen? (You didn't do it right!) I am asking all the experienced FMQ out there (not talking to YOU!) 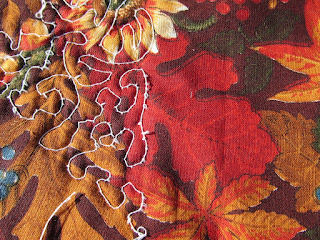 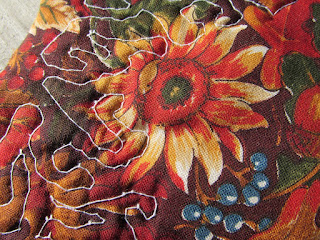 What have I done wrong? The tension was good when I sew straight and not so good when I turned. Why? Will it go away once my stitches are more evenly spaced or is it a bigger problem ? Please help! (Just throw the machine away. Problem solved!) I definitively need better advice than this! Thank you for your input. 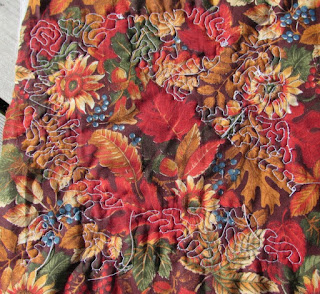 Until (you learned how to machine quilt?) next time ...

P.S. Thank you so much to all of you who left a comment on my last post. I sincerely appreciate your input. I read all comments a few times and took notes. I am very happy with my decision. My plan is to show you which fabric I decided on with a finished project but, don't hold your breath because it might take me fooooorrrrreeeeevvver to get it done lol.  :^D

Some health issues are trying really hard to keep me away from my sewing room ... but I do a few stitches every now and then.

Eventually, I finished the Country Roads blocks so graciously given by Lori at Humble Quilts. Thanks Lori. I had fun making these and would like to make a big quilt like that ... one day! :^D  (vbg)

Now comes the task of picking the background fabric called Cheddar.
Let's see what I have in my stash. 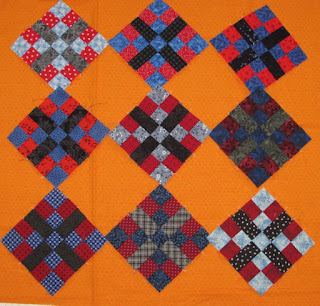 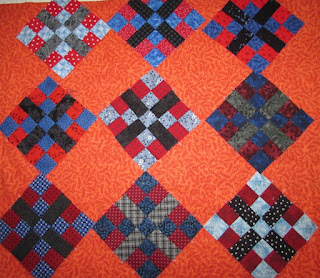 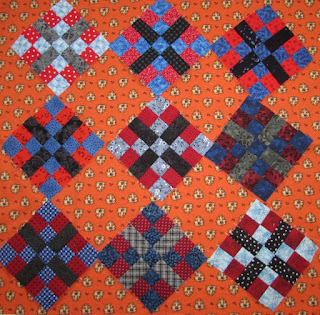 Then I saw some finished projects with different backgrounds and I started looking for something different too. 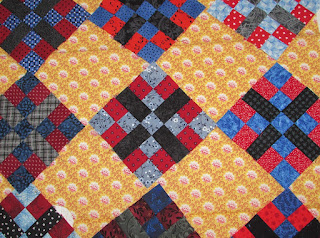 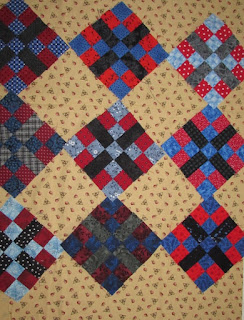 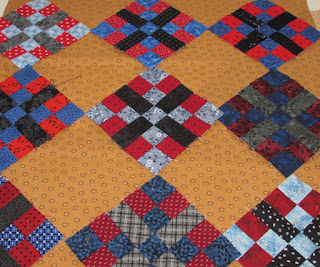 Well, #1 is starting to grow on me, I think. I really like #4 a lot but I don't even have a full FQ left. I barely have enough ... if I haven't miscalculate! 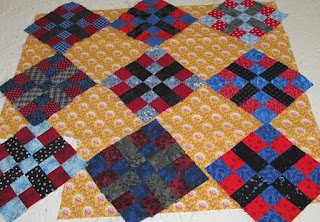 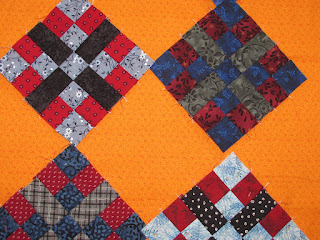 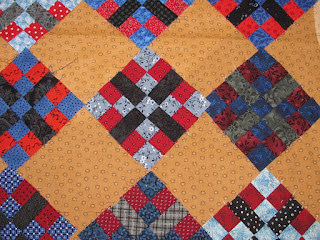 I'll think about it during the weekend.

Linking with A Quilting Reader's Garden for WIPs Be Gone
Linking with Confessions of a Fabric Addict for Can I Get a Whoop Whoop
Linking with Patchwork Times for Design Wall on Monday.