Do you see the rainbow?


Angela from So Scrappy, asked those who are participating in the Rainbow Scrap Challenge "to admire your accomplishments and share your progress" so far this year. So this is my progress on making this block which I don't know the name (another one of those lol!).

At first there was 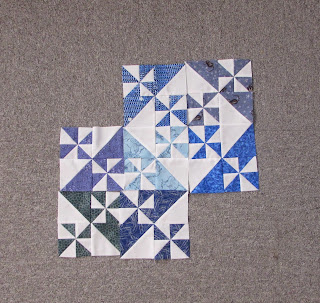 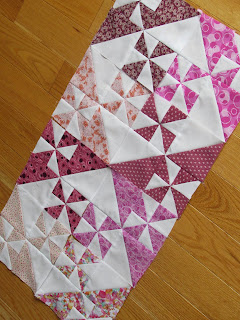 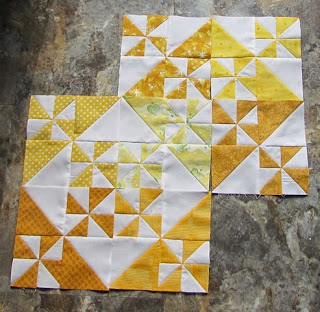 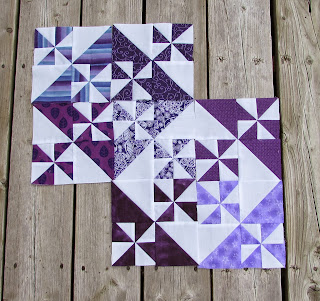 
At this point, I kind of fell off the wagon. At work, I was transferred to another department with a very heavy workload and I was just to tired to sew in the evening. Next thing I know, we are at the end of June and I've missed a few colours.

Yesterday, I had a day off and I tried to catch up a little bit. Here's where I'm at now. 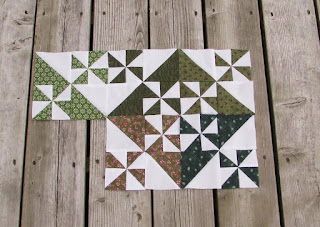 Some greens ... two more still to do 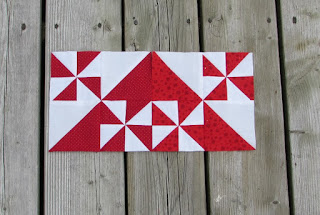 But did two reds to compensate !  :^D

And a blooper ... well of course I had to produce one of those lol !! 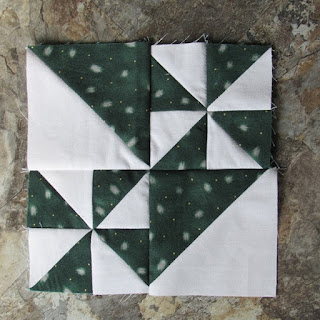 Nope! I haven't done any yet and I think I won't. Why? Because I think I will go with teal and aqua instead. I have enough of light blue and dark blue on my Design Wall at the moment lol. 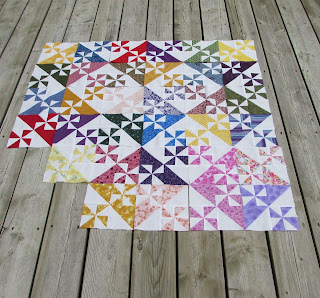 It is definitively not the final layout as there's waaaaaayyyyy to many pinks in the bottom right corner.   Hmmmm... I seem to be missing some blues. There are 7 in the first picture and only 4 in the group picture. Oh!  what are the pesky boys up to now? Smoking the boys' room again? LOL.

Do take a few minutes to check out more Rainbow quilt progress on Angela's blog,  right here. After all the rain we had, it is nice to see a rainbow or two!  :^)

Don't forget to check out Scraptastic Tuesday with Nicky, right here!  There's always a lot of interesting things going on at her place too.

Email ThisBlogThis!Share to TwitterShare to FacebookShare to Pinterest
Labels: RSC2015

Very pretty! This is going to look great when it's completed.

That's going to be gorgeous! It's one of those blocks that are really hard to visualize as a top, that are so stunning when all assembled.

LOVE, Love, love it!!! (So much that I want to race upstairs and make one RIGHT NOW!!!) Could you do a tutorial or email me the dimensions of the components, please? I seriously HAVE to make one for RSC16!!!

Lovely! I keep debating about whether or not to start these blocks. Yours are simply stunning.

Looks so great! Going to be a very pretty quilt.

They look great individually, but the collection -- wow! Still plenty of time to fill in with more colors and get the placement just right, but I can already see a truly beautiful quilt emerging.

These blocks come together beautifully. This is going to be a stunner and from such a straightforward block! Wonderful!

Those blocks are lovely, but I don 't know what they are. They look fantastic all together.
Hope your job has settled down a bit.

And have you heard from that work mate you made that pretty little place mat for? Did she like it?

Very pretty! They look great all laid out together. Hope you find the missing blocks... I have some that go missing as well. They always turn up in strange places.

I don't know the name of that block either, but I just LOVE it! Thanks for sharing your progress.

I love the way all your blocks fit together - it is going to be a stunning quilt. xx

Chatal, your blocks look wonderful. What an awesome quilt this will be!

Beautiful prints, colors and blocks. I love them. This is going to be a beautiful quilt.

On or off that wagon, your blocks are gorgeous!

Gorgeous! I was so intrigued by the blocks to see what it would look like all together and it's a beauty! Thanks for the shout out and for linking up to #scraptastictuesday

Colour Me Orange and Call Me Pumpkin!

The morning found me playing with orange... and rust. For the solid fabric challenge, I used my mother's stash. She obviously wasn't... 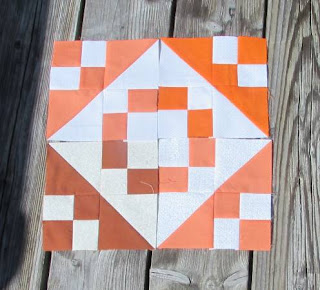